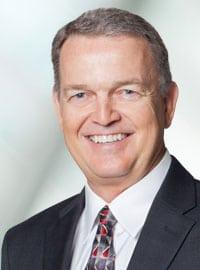 Brad McCoy joined the Flippen Group in 2010 after serving 27 years in education as an athletic director, head football coach, and teacher. While coaching, he developed a passion for cultivating successful athletic programs and growing athletes into great leaders. His teams competed in four state championships and won two state titles.

Despite his notable accomplishments in sports, Brad is mostly driven by the personal success of his athletes: “I want our guys to grow up and develop into fine players on the field, but more importantly, I want them to turn into great husbands, dads, business leaders, church leaders, and men that make this world a better place.”

Brad graduated from Abilene Christian University, where he played football from 1979-1983. He and his wife, Debra, have been married since 1984 and have raised three sons who are all high-performers, both on and off the field.

His oldest son, Colt, graduated from the University of Texas where he set national records and is currently a quarterback for the NFL Washington Redskins. Chance, his middle son, graduated from Abilene Christian University where he played receiver. He was a three-time all-state high school receiver and played for state championships in football, basketball, and track. Brad’s youngest son, Case, graduated from the University of Texas, where as the quarterback, he served as captain of the football team and was a three-time 1st Team All-Academic All-Big 12.

Having served as a Teen Leadership™ teacher and consultant, Brad has been involved with the Flippen Group for over 15 years. He and Debra reside in Abilene, Texas.