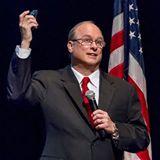 Terry Abbott is a nationally recognized communications expert and former top official at the U.S. Department of Education. A highly sought-after lecturer and consultant on education communications and messaging, Terry has worked with school district officials in some of the largest cities in the nation from Los Angeles to New York City.  Terry was the chief of staff to U.S. Department of Education Secretary Rod Paige and has been called on by school district officials from across America to support their public relations efforts. He recently was appointed Chief Communications Officer for the Leander Independent School District, the fastest growing district in the Austin area, where he also oversees legislative affairs and other government relations.

Terry also served as the deputy commissioner for communications at the U.S. Social Security Administration. He was an award-winning journalist and press secretary to the Governor of Alabama before joining the Houston Independent School District as press secretary. He guided the message development and delivery for Superintendent Paige, who later became United States Secretary of Education under President George W. Bush. Winner of three press association awards for news reporting, Terry draws on his prior experience as the chief government reporter and Montgomery, Alabama bureau chief for the United Press International wire service to consult on effective media strategies.  Following his experience in the newsroom, he served as the governor of Alabama’s chief speechwriter and directed all communications efforts.  Terry later managed lieutenant governors’ campaigns in Alabama and Mississippi and served as communications director of the successful U.S. Senate campaign of Jeff Sessions of Alabama.