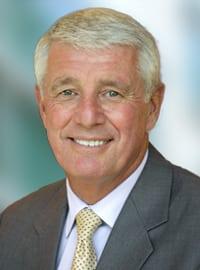 Lieutenant General (Ret.) R.L. “Van” VanAntwerp, a retired 3-star general and known to most simply as General Van, was appointed chief of infrastructure and executive development for the Flippen Group in July 2011.

Van is widely respected across industry and the military as a “leader of leaders,” embodying the traits of successful leadership throughout his long and varied career working with civilians and the military. He effortlessly combines his extensive leadership experience with the Flippen Group’s tools and processes as he works to accelerate growth in leadership teams. In addition to providing executive development for clients and leadership keynotes, Van is chairman of the board of Eagle Creek Renewable Energy LLC, board director at USAA, Calibre, Cardno GS, and is on several advisory boards for non-profits.

Van retired from the Army after 39 years of service and most recently served as chief of engineers and commanding general of the US Army Corps of Engineers (USACE). He was the senior military officer overseeing a $40+ billion program including most of the nation’s civil works infrastructure and military construction on 250 Army and Air Force installations worldwide. As the USACE commanding general, Van was responsible for over 37,000 employees who provided engineering, project management, construction, and operation and maintenance support in nearly 100 countries around the world. He led the Corps in the $12 billion Hurricane Katrina rebuild program.

Van is a graduate of the United States Military Academy at West Point and holds an MBA from Long Island University and an MS in mechanical engineering from the University of Michigan. He is a registered professional engineer.

Van and his wife, Paula, have three sons, Jeff, Luke, and Robby; two daughters, Julia and Kathryn; and fourteen grandchildren. They reside in North Carolina.