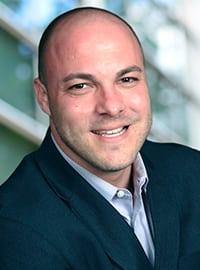 Stanley received his graduate degree in educational leadership from Concordia University (Portland), finishing with a 4.0 average. In 2014, he was given the Outstanding Educator James Umstattd Award by Phi Delta Kappa in Austin, Texas. Stanley is currently working on earning his Ph.D. in Psychology at Grand Canyon University.

The first seventeen years of Stanley’s life were filled with insecurities, abuse, confusion, and poverty on the south side of Houston, Texas. Monda Simmons, his LeadWorthy (formerly Teen Leadership) teacher at South Houston High School, captured Stanley’s heart and gave him an opportunity to be better. She became the first appropriate adult he allowed into his life, as well as an anchor of support, guidance, and encouragement beyond high school. Inspired by her commitment, Stanley’s lifelong goal is to help teachers make the same kind of impact in children’s lives that Monda made in his.

Stanley started working with the Flippen Group in 2002 and has keynoted alongside Flip Flippen at some of the largest educational conferences in the nation, including the American Association of School Administrators and the National Association of Elementary School Principals. He has also delivered state-level keynotes and was a spokesperson for the US Navy’s ‘Accelerate Your Life’ campaign. Stanley brings a unique insight into the struggles of a difficult childhood and the relationships that fueled his desire to transform his life. Stressing that “he’s not an expert – he’s a product,” Stanley reminds us of the power relationships have to impact lives. “Although you can’t save the world, you can change it – one person at a time.” 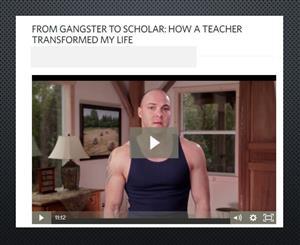 Everybody Dies, But Not Everybody Lives

Positive Attitude is Everything