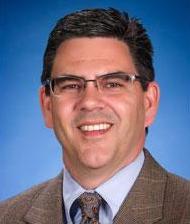 Richard Marianos is a senior law enforcement consultant having served more than 27 years at the U.S. Bureau of Alcohol, Tobacco, Firearms and Explosives fighting violent crime.  He most recently served as Assistant Director in the Office of Public and Governmental Affairs, and as Special Agent in Charge ATF's Washington Field Division.

Marianos began his career with ATF in September 1987 in the Chicago Field Division where he worked on complex-gang investigations, and was recognized as a national expert using the continuing criminal enterprise and RICO statues to dismantle some of the most dangerous street gangs in America.

In 1997 Marianos was promoted to resident agent in charge of the Colorado Springs Field Office, Phoenix Field Division where he oversaw large-scale investigations into violent crime, to include outlaw motorcycle gangs, ethnic street gangs, and firearms trafficking organizations. In 1998 he was the assigned Incident Commander and led ATF in the shooting investigation at Columbine High School in Littleton, Colorado.  In 2001 the was selected to supervise the Joint Terrorist Task Force at the Winter Olympic Games in Salt Lake City, Utah.

In 2005, Marianos was promoted to ATF national headquarters, and served in a variety of assignments to include Commander of the Presidential Emergency Service Function 13 (ESF-13) to deputy chief of the Special Operations Division, overseeing five special response teams and their missions throughout the country, including incident command at Sandy Hook, the Boston Marathon Bombings, and the Naval Yard shootings.

Marianos was born in Chicago, Ill., and earned a Bachelor of Science degree in criminal justice from Northern Illinois University and a Masters in Police Executive Leadership in 2003 from University of Colorado. He is currently on staff at Georgetown University in Washington DC where he teaches several advance courses for law enforcement executives and intelligence operators worldwide.