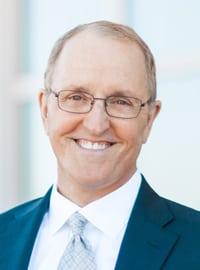 Flip is founder and chairman of Flippen Group, one of the fastest-growing educator training, corporate talent, and team development companies in North America. Flippen associates give themselves relentlessly each day to “Building relationships and processes that bring out the best in people.”

Flip and his wife Susan, who is CEO, were named Ernst & Young Entrepreneurs of the Year, the only couple to ever receive this prestigious award. Previous recipients include Howard Schultz (Starbucks), Pierre Omidyar (eBay, Inc.), Reid Hoffman and Jeff Weiner (LinkedIn), and other fast-growth companies. Founded in 1990, Flippen Group was chosen by Texas Monthly magazine as #2 in the listing of Best Companies to Work For in Texas. The company’s breakthrough educational curricula and processes are used in thousands of schools nationwide, and their business division works with multinational and global companies around the world, enhancing performance and outcomes. Their leadership development and organizational consulting work has delivered dramatic improvements in professional sports teams and government organizations such as the US Army Corps of Engineers.

Flip earned a bachelor’s degree from Stephen F. Austin State University and a graduate degree from Texas A&M University. The first 16 years of Flip’s professional life as a psychotherapist were spent working with gang kids. In the process, he built an outpatient clinic for at-risk youth and a 500-acre residential treatment facility for boys in College Station, Texas.

Flip developed the theory of Overcoming Personal Constraints to accelerate personal effectiveness by identifying and breaking debilitating behavior patterns that limit performance and hinder growth. He and his team developed the world’s most sophisticated psychometric assessment instrument, capable of identifying personal constraints and prescribing methods for changing behavior. The theory and practice of Overcoming Personal Constraints are being used in boardrooms, locker rooms, and briefing rooms to improve individual and team performance around the world.

Flip is recognized as one of the top leadership thought leaders in America. His first book, The Flip Side: Break Free of the Behaviors That Hold You Back, is available in nine languages and became an instant New York Times and USA Today best seller, as well as making the CEO Read best seller list. Flip has also contributed to hundreds of publications, including Inc. magazine and SUCCESS magazine, and has made appearances on the Today show, the Super Bowl Pre-Game show, and Speed Channel’s NBS 24/7.

With an emphasis on changing behaviors and attitudes that stand in the way of personal and team effectiveness, Flip presents keynote speeches and leadership development events worldwide. Flip and Susan live on their ranch in College Station, Texas, where they have helped raise twenty children. 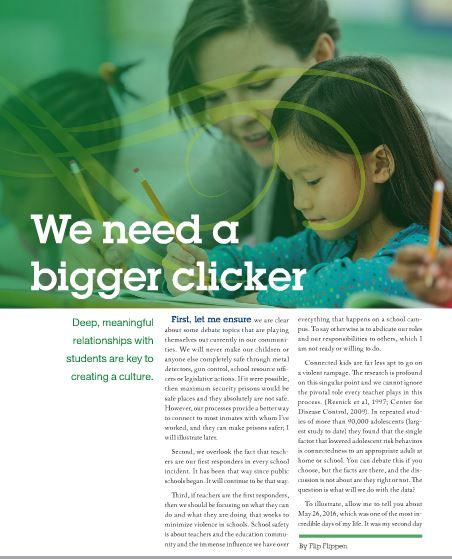 We need a bigger clicker by Flip Flippen, Founder and Chairman of the Flippen Group